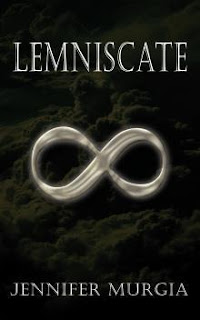 Lemniscate (Angel Star #2) by Jennifer Murgia
Publication Date: March 21st 2011
Publisher: Lands Atlantic Publishing, LLC
Summary from Goodreads:
For Teagan, these last few months have been heaven on earth- especially now that Garreth, her boyfriend and guardian angel, is earthbound. But perhaps Garreth is becoming a little more human than either of them expected.
Now, Teagan must realize that her world is once again about to shift, as she questions the faith she held in others against those once considered enemies.
In this continuation of Angel Star, Lemniscate will draw you even deeper into the world of dark and light as Teagan realizes the angel who could possibly save them all is the one angel she feared the most.

What i think:
When i picked Angel Star i was really pleasantly surprised!It's not a secret that i have a soft spot for angel stories and this particular one was really good delivered!Now,i just can't wait to read the sequel which promises to be as exciting as Angel Star!Why March is so far away?
Posted by Unknown at 11:21