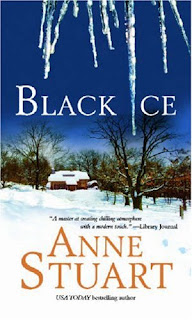 The job was a killer.


Living paycheck to paycheck in Paris, American book translator Chloe Underwood would give anything for some excitement and passion -- even a little danger. So when she's offered a lucrative weekend gig translating at a business conference in a remote chateau, she jumps at the chance to shake things up.


Then by chance Chloe discovers her employers are anything but the entrepreneurs they appear, and suddenly she knows far too much. Her clients are illegal arms dealers, and one of them is ordered to kill her. But instead, Bastien Toussaint drags Chloe away, and the next thing she knows she's on the run with the most terrifying and seductive man she's ever met. What were his motives -- and would she live long enough to find out?

I picked this book after a friend at Goodreads higly recommended it to me.And i'm so glad i heard her and picked it up!It has everything i like in a book!Action,suspence,romance and an amazing hero!
It's been quite some time since i read anything that doesn't fall in the category YA, paranormal romance or urban fantasy so this book was a much needed break!Stuart manages to grab you from the first page into her world and you just can't put down this book until the last page!From the first chapters you get sucked into a world of mystery,action,violence and betrayal so well written that it's almost impossible to stop reading!
Bastien is your typical alpha male and even better.He is ruthless,manipulative and doesn't feel guilt or remorse for any of his actions,but despite that he manages to be sexy and have a sensitivity hidden really good behind a mask of total indifference.Compining all those elements you get an amazing male hero,perfect for the setting of this book.Chloe on the other hand was just ok for me...There were times where i really liked her character and others where i just couldn't stand her stubborness and found her reactions a bit inconsistent...But maybe that's just me,i'm always weird in some things!
All in all,it was a really good book that anyone who reads romantic suspence should try reading.I know for sure that after Black Ice i will definitely try other books by the same author