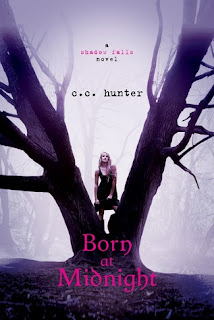 Don’t miss this spectacular new series that will steal your heart and haunt your dreams, Welcome to Shadow Falls camp, nestled deep in the woods of a town called Fallen…


One night Kylie Galen finds herself at the wrong party, with the wrong people, and it changes her life forever. Her mother ships her off to Shadow Falls—a camp for troubled teens, and within hours of arriving, it becomes painfully clear that her fellow campers aren’t just “troubled.” Here at Shadow Falls, vampires, werewolves, shapshifters, witches and fairies train side by side—learning to harness their powers, control their magic and live in the normal world.


Kylie’s never felt normal, but surely she doesn’t belong here with a bunch of paranormal freaks either. Or does she? They insist Kylie is one of them, and that she was brought here for a reason. As if life wasn’t complicated enough, enter Derek and Lucas. Derek’s a half-fae who’s determined to be her boyfriend, and Lucas is a smokin’ hot werewolf with whom Kylie shares a secret past. Both Derek and Lucas couldn’t be more different, but they both have a powerful hold on her heart.


Even though Kylie feels deeply uncertain about everything, one thing is becoming painfully clear—Shadow Falls is exactly where she belongs…

Born at Midnight was among those books,that since I read the premise,I had a feeling that it was exactly the kind of book I would like!And it's not that,by reading the premise I haven't been disappointed in past with books,but I'm only glad that that wasn't the case with this book!Cause Born at Midnight,is a downright enjoyable and fun read!
This book has pretty much every paranormal creature out there and it kind of reminded me of Hex Hall as a concept,but the resemblances between those two books,start and end at that only!I always love a variety well mixed in a book I read,and in this case every paranormal creature fits just right in the universe C.C. Hunter created.
I loved the writing style of this book so much...!It was easily flowing,detailed and full of beautiful images but not to the point that distract the reader from the plot or tire him in the slightest.Hunter's writing style is straight to the point and makes it all that easier for the reader to follow her story and get sucked into her world.And for a book that doesn't happen pretty much anything (in terms of action at least) that says a lot!I couldn't care less if there was any hint of action or not.The characters were so well developed,and not only the main but the secondary as well,that I just kept turning the pages,only to see what happens next!Kylie is a believable and adorable character that I could totally relate to.Her various romantic interests (3 to be precise) didn't give her a slutty feeling whatsoever.I've read books,were the heroine with only two (the famous love triangle recipe!) love interests gives out a certain vibe,but Kylie just didn't!And to be honest with myself,it's the first time I really don't mind with whom she will end up!Certainly I have a softer spot for Lucas,but Derek is just as good!I only disliked Trey but who could blame me?And anyway I can't see him as a possible love match in the future,so I'm good with that!
What I absolutely loved in this book is,as I have already said,the fact that every character is well developed.It's always "richer" for the story when every character is there because he serves a purpose and can "speak" of his own,rather than being there just to help the writer overcome any plot obstacles,and believe me I've seen quite a lot of that lately!
Anyway,even if I tried,I wouldn't be able to find a single thing to complain about this book!I just loved it that much!And I can't wait for the sequel to get published!I totally recommend this one!