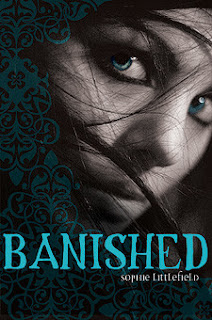 There isn’t much worth living for in Gypsum, Missouri—or Trashtown, as the rich kids call the run-down neighborhood where sixteen-year-old Hailey Tarbell lives. Hailey figures she’ll never belong—not with the popular kids at school, not with the rejects, not even with her cruel, sickly grandmother, who deals drugs out of their basement. Hailey never knew her dead mother, and she has no idea who her father was, but at least she has her four-year-old foster brother, Chub. Once she turns eighteen, Hailey plans to take Chub far from Gypsum and start a new life where no one can find them.

But when a classmate is injured in gym class, Hailey discovers a gift for healing that she never knew she possessed—and that she cannot ignore. Not only can she heal, she can bring the dying back to life. Confused by her powers, Hailey searches for answers but finds only more questions, until a mysterious visitor shows up at Gram’s house, claiming to be Hailey’s aunt Prairie.

There are people who will stop at nothing to keep Hailey in Trashtown, living out a legacy of despair and suffering. But when Prairie saves both Hailey and Chub from armed attackers who invade Gram’s house in the middle of the night, Hailey must decide where to place her trust. Will Prairie’s past, and the long-buried secret that caused her to leave Gypsum years earlier, ruin them all? Because as Hailey will soon find out, their power to heal is just the beginning.

This gripping novel from thriller writer Sophie Littlefield blazes a trail from small-town Missouri to the big city as Hailey battles an evil greater than she ever imagined, while discovering strengths she never knew she had.

Banished left me somehow with very mixed feelings making it hard for me to write a review.Before I say anything else I have to admit that this book was way different than anything I have read up to now in many ways.
Banished is a YA novel but not your typical one.The plot and pace of this book follows a different path than the one most YA novels follow.That fact was refreshing but also kind of distracting at least for me.I'm not saying that just because it was different it was bad.On the contrary!It's just that I haven't read any review of this book before picking it up,so to be honest I was expecting a usual pace in the story and some romance.Maybe if I had read some reviews before,I would know what to expect and save myself a pretty long awkward time trying to adjust.And I'm insisting.Just because this book was different and I spend the best part of it trying to adjust that doesn't mean that it's a bad book.
What I didn't like was the total lack of romance.And that's my fault.It's just that lately I really want whatever I'm reading to have even the slightest touch of romance in it and just because I was mistakingly expecting some romance in Banished too,I ended up minding the total lack of it.But that's my fault.The premise doesn't imply anything false...So,to whomever like me wants some romance in his/her books,Banished is totally not the book to pick.Unless you know it beforehand and in that case believe me you're in for a big treat!
The writing style is exceptional!I liked the way situations were described and I liked the character building.The characters were alive and believable.The world building was also unique,away from any cliches and that made me eventually like a book,that otherwise would just went unoticed for me.Even though I wasn't actually thrilled with Banished and I caught myself longing to end this book as soon as possible,I just couldn't help myself but notice all those wonderful details that make this book stand out from the rest.
I'm not sure I will continue with the sequel of this book,although the ending left me with some questions and intrigued me a bit.Why I didn't like this book has nothing to do with Sophie Littlefield's ability to write or with the story itself.It just has to do with what I currently want in a book to make me turn the pages constantly.And unfortunatelly,Banished wasn't the book for me,despite how otherwise a good book it is.I really wish I was in another mood to appreciate this book as much as it deserves.I recommend it,although I wasn't thrilled with it!