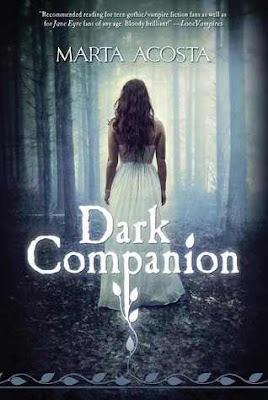 When foster teen Jane Williams is invited to attend elite Birch Grove Academy for Girls and escape her violent urban neighborhood, she thinks the offer is too good to be true. She's even offered her own living quarters, the groundskeeper's cottage in the center of the birch grove.

Something's not quite right about the school -- or is it Jane? She thinks she sees things in the birch grove at night. She's also beginning to suspect that the elegant headmistress and her sons are hiding secrets. Lucky is the gorgeous, golden son who is especially attentive to Jane, and Jack is the sardonic puzzling brother.

The school with its talented teachers and bright students is a dream for a science and math geek like Jane. She also loves her new friends, including hilarious poetry-spouting rich girl, Mary Violet. But the longer Jane stays at Birch Grove, the more questions she has about the disappearance of another scholarship girl and a missing faculty member.

Jane discovers one secret about Birch Grove, which only leads to more mysteries. What is she willing to sacrifice in order to stay at this school...and be bound to Birch Grove forever?


Dark Companion, was a complete disappointment for me I'm afraid... What with all the 5 star early reviews I read, I was expecting a dark, gothic and full of mystery YA novel and what I got instead was a story with some gothic elements, a little mystery and a paranormal aspect that fell flat for me.

I understand that once more I find myself in the minority of reviewers, and writing a negative review is never a task I enjoy. Believe me. But Dark Companion, although a novel with huge potential, just wasn't the right one for me.

From the moment I started reading it, I had difficulties with the narration and the writing style. The constant use of past tense (that I don't usually enjoy, but let's face it, that's a matter of preference, and it doesn't mean a thing about the ability of a writer) in combination with some not so smooth sentence transitions, tired me. But as I said, that's a matter of preference.

The other thing I didn't like about the narration, was the fact that almost all of the characters in this story speak like they are of another era, or social background or age, than the one described. Teenagers talking with a vocabulary that doesn't suit them at all and the headmistress acting like she was coming straight out of a historical novel. And while I talk about Mrs Radcliffe, her dialogues with her sons especially sounded like they were coming from another century, all poised and forced. As poised was her behavior as well as her husband's and Lucky's, her son. And let me not get started with Mary Violet, one of Jane's best friends, with all the new words she invented like "funnify" and "cougarizer" and her constant loose translation of french sentences. They irked me to no end...

The only character who seemed to act and speak in an almost normal way (apart from his fascination with mythical creatures) was Jack, Mrs Radcliffe's other son, and the only character I enjoyed in this book. Apart from him, all the other characters seem like they almost don't belong. And in those characters, Jane is included I'm afraid... One would expect that her tough upbringing would leave a "mark" on the way she thinks and most importantly acts but Jane, reminded me more of an orphan girl of the 19th century than a girl of her age. And I may understand why she uses such a fancy vocabulary, but still what teenager says naturally " I'll become habituated to it"??? And since I'm talking about vocabulary, if I read one more time the word coitus I might scream. Honestly! I don't care why they don't use the word "fuck" (it's explained), but reading sentences like "Go coitus yourself" made me want to bang my head in any wall available...

As you can guess, character wise, this wasn't my favorite story. And sadly, the character I didn''t like the most was the main heroine. At first, those things I mentioned were of minor importance. But later on the story, the way she acts is incomprehensible, to say the least. I mean a guy you barely know, who has treated you like crap the night before, starts acting way too crazy. And when I say crazy, believe me if a guy did those things to me I would have run screaming at the top of my lungs. But apparently, Jane thinks that's not too strange, so she let's him do whatever he wants to her. When things about his strange behavior are explained, Jane still, thinks that everything is okay, just because "(Lucky) was glorious and golden and he needed me".
So just because someone is beautiful, we should let them do whatever they want to us. Honestly, I can't start listing all the wrongs in such a sentence...

As far as the plot is concerned, again everything fell flat for me. The paranormal element of the story could as well haven't been there... There was no reason. Dark Companion could just as well be a contemporary novel if you ask my opinion.
And as for the mystery and the gothic atmosphere, again I failed to locate them. Unless I can count as gothic the crap Lucky is pulling on Jane and as mystery the reason behind his behavior. I just can't see anything else I'm afraid...

All in all, Dark Companion was a story that just wasn't the right one for me. There were some good elements in it, the best being the way Accosta described Jane's past, but those weren't enough to take my mind of all the things I didn't like and let me enjoy this book. I couldn't recommend it, but there are many readers out there who have enjoyed it, so trust your guts on this one :)

*This title was reviewed via NetGalley
Posted by Unknown at 18:47