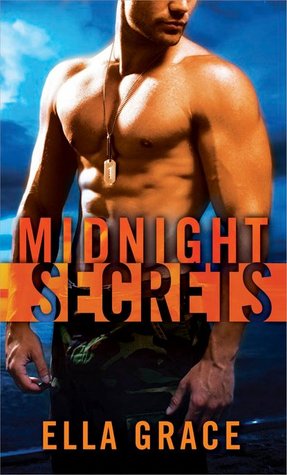 AT THE STROKE OF MIDNIGHT, THE HEAT BEGINS

On a hot southern night, with a storm on the horizon, a family is shattered. Three beautiful daughters—Savannah, Samantha, and Sabrina Wilde—go on with their lives, each significantly changed, as they bear the memory of the murder-suicide that killed their parents. For years, they have stayed away from Midnight, Alabama. Until Midnight calls them home.

Savannah is the first one back, when a grueling case in Nashville leads the young prosecutor to seek shelter in the quiet of the once grand Wilde mansion. But when she finds letters casting doubt on her family’s dark, shameful past, she realizes that peace in Midnight is a shallow façade and sinister secrets lurk beneath the surface. Zach Tanner, once the town’s bad boy, is now the new police chief and still has a wild hold over her. Zach can feel it, too, but he hurt Savannah once. As teenagers, they broke every rule together. Now it’s his job to keep her safe, even though he isn’t sure who her enemies are—or which ones might be his own.


What a pleasant surprise Midnight Secrets was for me! I mean all I seem to pick lately in the romantic suspense genre are mediocre to bad books but Midnight Secrets is the kind of book that finally reminded me why I like this genre so much! Ella Grace is on my radar from now on!

I loved pretty much everything about this book! From the small town setting and the great characters to the deadly secrets that were well hidden up to the end, Midnight Secrets is a book I found very hard to put down. Even if the start was very slow, with the first 3 or 4 chapters taking place 18 and 10 years ago, I found myself drinking in every small detail. Even if the beginning was slower than what I usually prefer, I think that it was essential for the building of the story and to understand the characters better. Getting to know more about an 18 year old Savannah and a 20 y.o. Zack not only added to the whole story but helped me understand them better and added to them a more than solid past.

The writing style is simply exquisite! The pace of the story is even, with not a single moment where I felt bored or tired even when nothing happened. Because granted, the whole uncovering the past mission started quite late in the story but still, I was more than occupied wondering what happened between Savvy and Zach and drove them apart and then all I wanted was to see them back together as soon as possible. The sexual tension between them was delicious and the sparks were all over the place. And that is partially because of those few flashback first chapters.

There wasn't much action in Midnight Secrets I'm afraid, but the mystery was well written and uncovered in an even pace, with small clues given every other chapter making me wondering for quite some time. Yeah I found the villain soon enough but I wasn't 100% certain of the identity until the ending. Maybe it wasn't that difficult to put everything together but at least there was some well delivered mystery to the whole story plus the motive was also not easy to figure out.

The character development is also great and both main and secondary characters are well explored and have a voice of their own. Maybe because most of those characters will re-appear in the next books but still, Ella Grace did a splendid job with all of them. I could watch how both Savvy and Zack matured through all the difficult things they had to survive, how all of those things affected them and shaped them as adults. And that is my favorite part of the story I think.

All in all, Midnight Secrets was a very pleasant surprise for me and I just can't wait for the next book in the series to be published! Ella Grace (a.k.a. Christy Reece) is an author to watch out for!

*This title was provided for review via Edelweiss
Posted by Unknown at 16:00