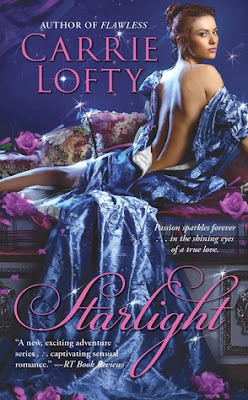 An esteemed astronomer, Alex Christie, the eldest and most steadfast of the Christie siblings, has never possessed his late father's ruthless business drive. But to protect his frail infant son from his cruel father-in-law's bid for custody, the young widower must undertake Sir William Christie's posthumous million-dollar challenge: to make a Glasgow cotton mill profitable. At sea in an industrial world of sabotage and union agitation, Alex meets Polly Gowan, daughter of a famed union leader, who hopes to seize a mysterious saboteur without involving the police. Because a sympathetic mill master would aid her cause, Polly becomes Alex's guide to urban Scotland. From soccer games to pub brawls, Alex sees another side of life, and feels free for the first time to reveal the man--vital and strong--behind his intellectual exterior. Polly is utterly seduced. Their ambitions, however, remain at odds: Alex vows to earn the mill bonus to save his child, while Polly fights for the needs of her people. Is there strength enough in their sparkling passion to bind them together in their quests-- and in a lasting love that conquers all?

Carrie Lofty's newest release, Starlight, is just further proof of how talented an author she really is. I have no better way to express myself when I review one of her books. Carrie Lofty is simply one of the most talented voices I have ever read.

Starlight, is the second story in her newest series, The Christies, and it's the story of Alex and Polly. Lofty, after Cape Town, travels her readers at Glasgow this time and tells us the story of a father who would do anything to protect his only child and a woman who fights with everything in her for what she believes just.

Alex and Polly are just perfect for each other and as far as memorable heroines go, Polly surely stands out. She isn't standing out just for her character qualities or because she's a really well-written character - which she is! - but because she's a true fighter, a woman who isn't waiting for her knight in shining armor to run to her rescue, but does anything within her power to make a better future for her and the people she cares for. Yeah, she may be a bit stubborn or use her femininity whenever it suits her but she is loyal and caring and she's not afraid to love and be loved.

Alex on the other hand is so much more than the acclaimed scientist everyone regards him to be. He's a sensual man, possessive and he could be as much a businessman as your typical next door guy. The scene where he plays football with his workers at the mill was just pure delight to read. That one and the one both Alex and Polly go to a bar to investigate some leads. By far the two most enjoying and memorable scenes of Starlight for me.

As I said in the beginning, Carrie Lofty is truly a talented author. The way she writes, the way she sets her stories under unique circumstances just make her novels stand out. I may not have cared in the least for her main couples, but I would still remember her stories for the way she presents them. My only problem was once more that it took me an awful lot of time to finish this book. Like in Flawless, somewhere after the first 2/3 of the book I felt that the story dragged a bit and it tired me. Maybe it's something personal or maybe the story did indeed drag a bit but the thing is that I wanted it a bit shorter to give this book a 5 star rating or maybe I wanted more things to happen in order to sustain my interest.

All in all, Starlight is an incredibly well written book, one definitely worth your time reading. Alex and Polly's story is just too good to miss :)