Interview with Laura Kaye and Giveaway! 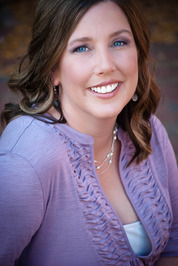 Today I'm really thrilled to have Laura Kaye here at Books to Brighten your Mood! Laura is here to tell us all about her newest release, Her Forbidden Hero (you can read my review here), and satisfy my need to learn as much as possible about Marco, one of the most intriguing protagonists I have ever encountered.

So, welcome Laura and don't forget to check at the end of the post for your chance to win a copy of her latest release.

Anna: Hello Laura and welcome at Books to Brighten your Mood! Could you please tell us a bit about your newest release, Her Forbidden Hero?

Laura: I’d love to! And thanks for having me here! Her Forbidden Hero is my new contemporary romance about a prior Army Special Forces soldier struggling to resist his attraction to his best friend and teammate’s younger sister. Here’s the blurb:

Former Army Special Forces Sgt. Marco Vieri has never thought of Alyssa Scott as more than
his best friend's little sister, but her return home changes that...and challenges him to keep his war-borne demons at bay. Marco's not the same person he was back when he protected Alyssa from her abusive father, and he's not about to let her see the mess he's become.

Anna: Marco is a character who returns home from war traumatized in many ways. What were the challenges of telling his story?

Laura: I think the biggest challenge in writing Marco was keeping him sympathetic and relatable even when he’s striking out in anger or resisting Alyssa’s love. For a lot of reasons, he doesn’t believe he can or should give in to what he wants, and that adds a layer of longing and frustration on top of the physical and emotional injuries he’s returned from Afghanistan with. But underneath all this, I think Marco is quintessentially a good guy as well as an unqualified hero.

Anna: A large part of your story was focused on Marco's feelings and the way he tried to overcome his traumas. Since your descriptions of his condition were quite accurate I was wondering if you researched before writing your story or if you talked with people with a similar background.

Laura: I have two ways of answering this. First, I did do a lot of research into what kinds of issues could result in a medical discharge from the Army and then I read a lot of interviews with wounded veterans. I actually based Marco on a wounded Navy SEAL I read about. Second, four years ago, I experienced a traumatic brain injury myself (mild), so I had firsthand experience with some of the consequences and changes one experiences after such an injury, though my own consequences were not as pronounced as Marco’s and have largely now been overcome. It was very important to me that Marco's traumas come across as realistic, because there are simply too many of us now who know wounded veterans after a decade of being at war.

Anna: Do you plan on returning to the same set of characters in the future, writing maybe Brady's story?

Laura: Yes! And I’m so excited about how often I receive this question about Brady! *grins* I am writing his story right now and loving it! His story is tentatively scheduled for a September release!

Anna: What are your plans for future stories?

Laura: In addition to these books, I’m in the middle of writing two other series. The Vampire Warrior Kings series has two books out, the most recent called Seduced by the Vampire King, and at least two more yet to come. And the mythology-based Hearts of the Anemoi series has one book out and the next, West of Want, scheduled to release on July 10—my first book that will be on bookstore shelves nationwide! I’m SO excited about that!

Anna: Are there any authors that influenced your work?

Laura: I grew up reading Stephen King and Anne Rice, and they definitely developed my interest in the paranormal. Now, my favorite authors are J.R. Ward and Sherrilyn Kenyon, and I feel like a lot of what I’ve learned about writing male point of view I learned from them.

Laura: I enjoy reading a lot of types of romantic fiction, but paranormal romance is my hands-down favorite. My favorite series is J.R. Ward’s Black Dagger Brotherhood vampire series, which I’ve reread many times! I also recently read Lisa Kleypas’s Sugar Daddy and totally loved it!

Anna: Is there a fictional character you really wished was real?

Laura: In a way I’d love for J.R. Ward’s Zsadist to be real, because I adore the bad boy anti-hero from Lover Awakened, but he might be kinda scary if he were real! LOL

Laura: Reading! I love to spend time with a good book! I also enjoy the movies, a few TV shows, and hanging out with my family!

Laura: Ooh! Fun question! I’ve had some opportunity to travel, so I have gotten a couple of favorites off my list, but I’d love to travel to Ireland!

Voted Breakout Author of the Year in the 2011 GraveTells Readers’ Choice Awards, Laura is the bestselling and award-winning author of over a half-dozen books in paranormal, contemporary and erotic romance. Hearts in Darkness is the EPIC eBook Award Winner for Best Novella and HOLT Medallion Award of Merit Winner for Best Romance Novella, Forever Freed is the NJRW Golden Leaf Winner for Best Paranormal of 2011 and is a finalist for two GDRWA Booksellers’ Best Awards, and North of Need, the first book in the Hearts of the Anemoi series, is a finalist for a FF&P PRISM award, was named GraveTells’ Best Book of 2011 and won their 5-STAR Gold Heart Award, and won Sizzling Hot Read of the Year at Sizzling Hot Books. Laura lives in Maryland with her husband, two daughters, and cute-but-bad dog, and appreciates her view of the Chesapeake Bay every day.

Entangled Publishing has generously offered an e-book of Her Forbidden Hero to one lucky winner. (Open Internationally)

Guidelines
~ The contest is open Internationally.
~ You must be 13 years old or over to participate.
~ The winner will be chosen via Random.org
~ The prize is submitted by the author/publisher and I have no responsibility whatsoever over it.
~ The contest will be open until July 6th
~ The winner will be notified via e-mail and will have 48 hours to confirm his/her e-mail address before a new winner is selected.