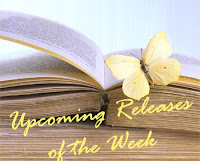 When 16-year-old Laura della Scala learns that her older sister, Beatrice, has drowned, she is given no time to grieve. Instead, Laura's father removes her from the convent where he forcibly sent her years earlier and orders her to marry Beatrice's fiancé, a repulsive old merchant named Vincenzo. Panicked, Laura betrays a powerful man to earn her way into the Segreta, a shadowy society of women who deal in only one currency—secrets. The Segreta seems like the answer to Laura's prayers. The day after she joins their ranks, Vincenzo is publicly humiliated and conveniently exiled. Soon, however, Laura begins to suspect that her sister's death was not a tragic accident but a cold-blooded murder—one that might involve the Segreta and the women she has come to trust.

The world has fallen in love with Nick Gautier and the Dark-Hunters. Now Nick’s saga continues in the next eagerly anticipated volume...

Go to school. Get good grades. Stay out of trouble. That’s the mandate for most kids. But Nick Gautier isn’t the average teenager. He’s a boy with a destiny not even he fully understands. And his first mandate is to stay alive while everyone, even his own father, tries to kill him.

He’s learned to annihilate zombies and raise the dead, divination and clairvoyance, so why is learning to drive such a difficulty? But that isn’t the primary skill he has to master. Survival is.

And in order to survive, his next lesson makes all the others pale in comparison. He is on the brink of becoming either the greatest hero mankind has ever known.

Or he’ll be the one who ends the world. With enemies new and old gathering forces, he will have to call on every part of himself to fight or he’ll lose everyone he cares about.

After escaping the horrors of the Dark Dimension, Elena can′t wait to attend Dalcrest College, the beautiful ivy-covered campus where her parents met. Life with Stefan is better than ever, and even Damon seems genuinely changed and is getting along with everyone. But moving away from Fell′s Church doesn′t mean she and her friends are free from danger. When students start to disappear from campus, suddenly every new acquaintance is a potential enemy.

Then Elena uncovers a long-hidden secret, one that shocks her to the core, and realizes tragedy may be unavoidable.

The last thing Cammie Morgan remembers is leaving the Gallagher Academy to protect her friends and family from the Circle of Cavan--an ancient terrorist organization that has been hunting her for over a year. But when Cammie wakes up in an alpine convent and discovers months have passed, she must face the fact that her memory is now a black hole. The only traces left of Cammie’s summer vacation are the bruises on her body and the dirt under her nails, and all she wants is to go home.

Once she returns to school, however, Cammie realizes that even the Gallagher Academy now holds more questions than answers. Cammie, her friends, and mysterious spy-guy Zach must face their most difficult challenge yet as they travel to the other side of the world, hoping to piece together the clues that Cammie left behind. It’s a race against time. The Circle is hot on their trail and willing stop at nothing to prevent Cammie from remembering what she did last summer.

Willa’s secret plan seems all too simple: take from the rich kids at Valley Prep and give to the poor ones.

Yet Willa’s turn as Robin Hood at her ultra-exclusive high school is anything but. Bilking her “friends”-known to everyone as the Glitterati-without them suspecting a thing, is far from easy. Learning how to pick pockets and break into lockers is as difficult as she’d thought it’d be. Delivering care packages to the scholarship girls, who are ostracized just for being from the “wrong” side of town, is way more fun than she’d expected.

The complication Willa didn’t expect, though, is Aidan Murphy, Valley Prep’s most notorious (and gorgeous) ace-degenerate. His mere existence is distracting Willa from what matters most to her-evening the social playing field between the have and have-nots. There’s no time for crushes and flirting with boys, especially conceited and obnoxious trust-funders like Aidan.

But when the cops start investigating the string of burglaries at Valley Prep and the Glitterati begin to seek revenge, could he wind up being the person that Willa trusts most?

Celia Graves was once an ordinary human, but those days are long gone. Now she strives to maintain her sanity and her soul while juggling both vampire abilities and the powers of a Siren.

Warned of a magical “bomb” at a local elementary school, Celia forces an evacuation. Oddly, the explosion seems to have no effect, puzzling both Celia and the FBI. Two weeks later, a strangely persistent bruise on Celia’s leg turns out to be the first sign of a magical zombie plague.

Finding the source of the plague isn’t Celia’s only concern. Her alcoholic mother has broken out of prison on the Sirens’ island; her little sister’s ghost has possessed a young girl; and one of Celia’s boyfriends, a powerful mage, has disappeared.

A troubled soul. An impossible choice. A final battle.

Wrestling with the werewolf curse pulsing deep inside of her, Grace Divine was finally able to find her brother, but it nearly cost her everything.

With her boyfriend, Daniel, stuck in wolf form and Sirhan's death approaching, time is running out for Grace to stop Caleb Kalbi and his gang of demons. If she fails, her family and hometown will perish. Everything rests on Grace's shoulders.

The final installment in The Dark Divine trilogy brings Daniel and Grace's love story to a breathtaking conclusion.

It all begins with a stupid question:

Are you a Global Vagabond?

No, but 18-year-old Bria Sandoval wants to be. In a quest for independence, her neglected art, and no-strings-attached hookups, she signs up for a guided tour of Central America—the wrong one. Middle-aged tourists with fanny packs are hardly the key to self-rediscovery. When Bria meets Rowan, devoted backpacker and dive instructor, and his outspokenly humanitarian sister Starling, she seizes the chance to ditch her group and join them off the beaten path.

Bria's a good girl trying to go bad. Rowan's a bad boy trying to stay good. As they travel across a panorama of Mayan villages, remote Belizean islands, and hostels plagued with jungle beasties, they discover what they've got in common: both seek to leave behind the old versions of themselves. And the secret to escaping the past, Rowan’s found, is to keep moving forward.

But Bria comes to realize she can't run forever, no matter what Rowan says. If she ever wants the courage to fall for someone worthwhile, she has to start looking back.

Kirsten Hubbard lends her artistry to this ultimate backpacker novel, weaving her drawings into the text. Her career as a travel writer and her experiences as a real-life vagabond backpacking Central America are deeply seeded in this inspiring story.

The Difference Between You and Me by Madeleine George
Publication Date: March 13th 2012
Publisher: Viking Children's Books

Jesse cuts her own hair with a Swiss Army knife. She wears big green fisherman's boots. She's the founding (and only) member of NOLAW, the National Organization to Liberate All Weirdos. Emily wears sweaters with faux pearl buttons. She's vice president of the student council. She has a boyfriend.

These two girls have nothing in common, except the passionate "private time" they share every Tuesday afternoon. Jesse wishes their relationship could be out in the open, but Emily feels she has too much to lose. When they find themselves on opposite sides of a heated school conflict, they each have to decide what's more important: what you believe in, or the one you love?

When the disease spread through the world, people had no choice but to go into hiding. The Colony is hidden deep underground, far away from the vampires—humans that were transformed by the disease. The vampires are hideous, starving, and they will kill any human they come across.
Seventeen-year-old Kayla is a Bellator, a warrior that protects The Colony. In order to survive, there are three rules she must follow:
Rule #1—Never go out after dark.
Rule #2—Always carry a weapon.
Rule #3—No matter what, never EVER get bit.
But what happens when the rules Kayla has always lived by can no longer apply?
The Highers run The Colony and accept nothing less than perfection. One slip up can mean death. Kayla has always worked hard to follow the rules and strive for perfection. But during a moment of weakness, she lets her imperfections show. Her punishment is worse than death. She is chosen for The Gathering and is thrown out into a world full of starving vampires.
No one has ever survived The Gathering, at least that’s what Kayla’s been told. But when she runs into a group who insist they were once part of The Gathering, Kayla discovers the Highers have been keeping secrets. Secrets that could lead to a cure.