REVIEW: Between the Lines by Tammara Webber

Between the Lines by Tammara Webber
Publication Date: May 19th 2011
ebook, 610 pages 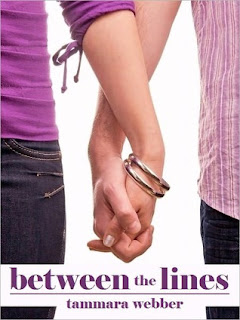 When Hollywood It Boy, Reid Alexander, arrives on location to shoot his next movie, his goals are the same as always: film another blockbuster hit and enjoy his celebrity status to the fullest while doing so. His costar is a virtual unknown with whom he had blazing hot chemistry during her auditions. The universe is lining up nicely to grant whatever he wants, as usual, until he's confronted with unexpected obstacles on location like a bitter ex-girlfriend and a rival for the first girl to spark his genuine interest in years.


Emma Pierce just got her big break after more than a decade of filming commercials for grape juice, department stores and tampons, and more recently, bit parts in made-for-TV movies. Nailing the lead role in a wide-release film sent her agent, father and stepmother into raptures, and should have done the same for her. The Problem? Emma is experiencing a building desire to be normal, and starring in a silly, modernized adaptation of one of her favorite novels opposite the very hot Reid Alexander isn't going to advance that aspiration.


Graham Douglas doesn't fear playing the part of a nerdy dimwit; when it comes to choosing film roles, if it pays, he'll do it. Besides, his friend Brooke Cameron snatched up the role of the bitchy hot girl and could use his help as a buffer, because her ex is the star. Graham has no problem keeping a handle on the situation, until he finds himself attracted to Reid's costar, Emma, the girl Reid is pursuing full-throttle with his standard arsenal of charm, good looks and arrogance.

Between the Lines was a fun and easy read, just the exact thing I needed right now!Not a book I can see myself re-reading,but one I enjoyed nevertheless!
First of all,have you read the premise?I don't know about you,but as soon as I read about an undeniable chemistry between two actors,one the famous actor every girl drools over and the other a sweet girl with no huge career-yet-,I knew I just had to read this book!And thankfully,it didn't disappoint me!
Although,I thought that the story dragged a bit in some points,and,especially at the beggining I was a bit lost with all the names mentioned and who was who (well,for that I might as well put the blame solely on me,cause it took me rather long to read this book what with having to do constantly anything else but read the last few days),but by the end of the day,Between the Lines was more or less exactly what I wanted to read and exactly what the premise promised: a light,fun teen romance that also surprised me by dealing and refering to some serious social issues such as teen pregnancy or alcoholism.I really liked that.
The characters were ok I guess,though I couldn't like Reid,the male protagonist,in any way.I could understand what drove his actions but that wasn't an excuse and to be honest,despite my understanding,I couldn't like him.I'm guessing the writer didn't mind to make her readers really like Reid,at least that's my assumption (what made me think in that way is spoilerish,so I'm not reffering to it all!)
Emma on the other hand is a fully developed character and one you can totally relate to.I liked pretty much everything about her and her decisions by the end of the book made me love her even more.
Now,as for the secondary characters,there were too many for me,thus some of them were better developed than others,while a few weren't developed at all,and that's completely logical coming to think about it...
Anyway,Between the Lines is a fun book,that you will finish in no time (I would too if I had the chance!) and although it's not the book you will remember long after finishing it,you will have a perfectly good time while reading it!