REVIEW: How Beauty Loved the Beast by Jax Garren

How Beauty Loved the Beast by Jax Garren

Series: Tales of the Underlight, #3 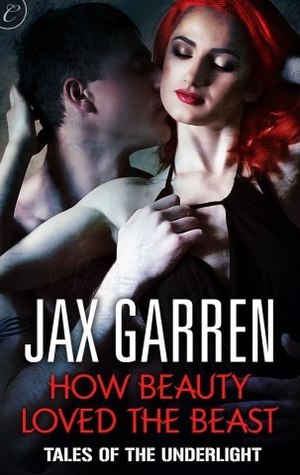 It's all been leading to this .

Jolie Benoit has become a skilled agent of the Underlight, relying on her savvy to complete assignments while Sergeant Wesley Haukon was out of commission. But an unexpected clue to the Order of Ananke's diabolical scheme rattles Jolie, and she turns to Hauk for comfort.

It's been years since Hauk took comfort from the touch of another person, though his love for Jolie is deep and powerful. Uncomfortable in his skin, scarred by a terrible fire, he is unable to give in to the pleasures that Jolie so desperately wants to grant him.

Meanwhile, the Order is lurking in the shadows—and when they strike, the blow is swift and terrible. Hauk and Jolie scramble to fight for their community, but with the future of the Underlight threatened, no one is safe. And Hauk will never be the same…


How Beauty Loved the Beast is the much awaited conclusion to the very successful sci-fi series, Tales of The Underlight written by Jax Garren and let me tell you fans of the series won't be disappointed in the least. I know I wasn't! And how could I ever be when Garren's writing style and the way she portrays her heroes and their emotions is simply irresistible!

If you read my reviews of the previous two books in the series then you know how much I loved everything about Jax Garren's writing style and her story. So, there's no need for me to repeat myself by saying what an amazing author she is once more or how much I loved her main and secondary heroes of this story. Even if all the books in the series are rather short, Jax Garren's stories are character driven. Her main focus is her characters and their emotions and that is why I probably love so much this series. Jolie is so much more than a pretty dancer and Hauk is so much more than scars and muscles.

The final book in the series, wraps up the whole plot but here I have to note that there are more things to be said. Maybe most of the basic things were covered but I'm left feeling that there's just more to everything. I don't know if the author did that on purpose and she will return on the same universe with another set of characters later or things couldn't possibly wrap up better, but I sure hope that it was intentional. In my mind there are two characters who would make a perfect couple for a future story but that remains to be seen. After all, The Order of Ananke is far from defeated...

But while I really liked pretty much everything about How Beauty Loved the Beast, somehow, I was left unsatisfied too. Maybe part of that is because of the ending of the story and how I felt that there were more things to be said. Maybe it's because the whole thing wrapped up pretty quickly. And maybe it is because this final instalment in the series was more focused on Jolie's and Hauk's relationship rather than what happened with Underlight and the Order and their final battle. But probably, it's because of all the reasons mentioned above. Don't get me wrong, I really enjoyed reading about Jolie and Hauk, they are one of my favorite fictional couples but when so many other crucial things kept happening or were on the verge of happening, I just felt that it was wrong for the sole focus of the story to be their relationship. Maybe I'm wrong here, but that's what I was expecting from this final book. And while I did get a closure I still don't know how I feel about that. And the ending.... Well, after reading the author's note at the end I couldn't help but agreeing with her choice of ending but still, I found myself wanting the alternative... But, despite that, the whole ending is a matter of preference. Either one of them would fit the story, so that wasn't any real problem. Any problems I had were purely with the way things wrapped up with the Order rather than anything else.

All in all, How Beauty Loved the Beast is just as amazing as the rest books in this series even if I had some minor troubles with it. Despite what I said I really enjoyed reading it and I just can't wait to read anything else Jax Garren will write in the future. And even if I truly hope that she will return on the same universe again I really want to read something completely different and new too. Whatever the case, there's no way I'm gonna miss Garren's next story!