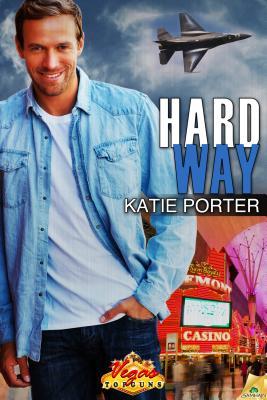 "No holds barred. No mercy. No going back "

Warning: Time to put the kidding aside. Although 100% consensual between a husband and wife, this book contains violent sex that, in some scenes, will appear forced. Readers sensitive to rape scenarios should proceed with caution...

Her abrupt announcement that she wants a divorce is like a missile to Dash s gut but her confession that she s met another man is what unleashes his shocking passion. Sunny is surprised and nearly repulsed by her body s reaction to Dash s animalistic attempt at complete possession. That doesn t stop her from craving more.

With Sunny s whispered approval, their sex life explodes. Not only does Dash s aggression tap into dark fantasies, she s hopeful that now, "at last," she ll get what she s always wanted from her devil-may-care, don t-give-a-damn husband. Something honest and candid. Something real.

Yet fiery, carnal encounters won t heal two long-broken hearts. Their bodies are finally speaking the same forbidden language, but it will take more than taboo desires to learn each other for the first time and to save a marriage that s only just begun.


Hard Way is one of those books that make it really difficult for me to rate. It's that kind of a book that I had quite a few problems with but I can't just ignore the brilliance of the author and totally dismiss it as a bad read. There were things I liked, things I didn't like and things I both loved and hated in Hard Way. Actually, the title of the story itself couldn't describe my feelings towards it better!

Let's start with the things I liked. Do you remember my review of Lead and Follow written by the same author? I was absolutely amazed by that title, so naturally, anything else written by the same author was a must read after that. So, when I got the chance to review in advance Hard Way, I jumped right at it. The thing I loved so much about Lead and Follow was the way Katie Porter (aka Carrie Lofty and Lorelie Brown) made me enjoy so much a story that was outside my comfort zone. So, when I read the blurb of Hard Way I immediately thought that I was in for a hell of a ride, pretty much the same like before. I mean I have never before read about a couple enjoying engaging in rape scenarios. Like a menage, it is a bit outside my comfort zone, and because of that fact, I was all the more eager to read this book. So, I just kept an open mind towards all the sex scenes. And no matter how violent or rough they were, I didn't mind one bit that fact. I knew what I was going to read, so if I cringed towards any of the sex scenes described it would be no one else's fault but mine. The summary warns the reader enough. So, even though some parts were a bit (or a lot, depending on how you see it) violent, that wasn't my problem. I couldn't engage emotionally in what I was reading, but I could still feel the characters. And that's the brilliance of this duo in my opinion. The way they can make the reader understand their characters and how they communicate and express their emotions during the sexual act.

So, the violence or the "rapes" weren't my problem in Hard Way. My problem was that while I know how great Katie Porter can built a character, in Hard Way both Dash and Sunny felt underdeveloped, felt like a couple of characters with no past and a very bizarre present. And here I have to note that I haven't read any of the previous books in the series, so maybe I'm missing some crucial parts. But since those books can be read as stand alones, I still believe that the author could have done a little bit of a better job building the main characters. The story starts immediately, throwing the reader in the midst of a marriage ready to fall apart, with Sunny asking for a divorce and Dash reacting a little bit violent. Don't get me wrong, he didn't force himself on his wife, he was just rougher than usual and as soon as he saw that Sunny liked it, he stepped up his game. And here is the problem. It was way too soon in the story for the reader to understand either Dash's or Sunny's reactions. There were times that I didn't understand Sunny's reactions at all, if she liked Dash's violence or if she meant it when she asked him to stop. Or I couldn't understand why Dash reacted the way he did. It was the beginning of the story, so naturally the characters hadn't enough time to show us their background. Later on, they developed, I could more or less understand them, but the damage was done. I had lost some of my enthusiasm towards the story.

My other problem was that I couldn't understand how was possible for a couple to be together for so many years and never discuss their problems or understand that they were in for some kinky stuff. You can be shy, but there are always some hints. Granted, both Sunny and Dash were two characters with many problems. So naturally, their marriage would be problematic as well. But the dynamics of their relationship were revealed too late in the story. While the author should show us at first, or at least early in the story, how their marriage operated and then focus on the sex parts, it happened the exact opposite. And while both characters redeemed themselves by the end, the damage was once more already done. Even if by the end Sunny resumed responsibility for her own mistakes rather than blaming Dash for everything, it was a small consolation for me. I already spent the whole book trying to figure her out and disliking her. Because Sunny was my other problem with Hard Way. For a fighter and a woman who knew what she wanted and how to get, she sure acted like a spoiled brat. She chose to fight for anything else but for the man she supposedly loved. Her aversion to having kids or acknowledge what her husband wanted made me like her even less. Because granted, every man or woman can choose whether having kids is what he/she wants in life, but Sunny, just didn't know what she wanted. Her reasoning was a little bit self centred as self centred was the way she chose to react to her fear for Dash's life. But like I said, by the end she redeemed herself. I understood why she acted the way she did and even sympathised with her at some points but still, it was a small consolation.

Dash on the other hand, was a character I liked far more even though he too was a very complex character who could have been explored way more than he was, but still he was sweet even if he seemed to suffer from a split personality at times. I mean he was like two completely different characters throughout the whole story, something that was explained by the end as well, but still I liked him way more than I did Sunny. Bottom line, the problem in Hard Way was that it had two main characters who could add to the whole story if they were better explored, but as it was, they felt incomplete, messing with the whole plotline.

All in all, Hard Way is a story that I enjoyed but had many significant problems especially with the character building. Readers who have a problem with rape scenarios or rough sex should be warned to stay away from this particular story. You won't like it believe me. But for me, the problem with this book didn't lie there. It lay on an inferior character building, especially if one thinks of what these two authors are capable of achieving in that particular department.

* This title was provided for review from the author.
Posted by Unknown at 16:00