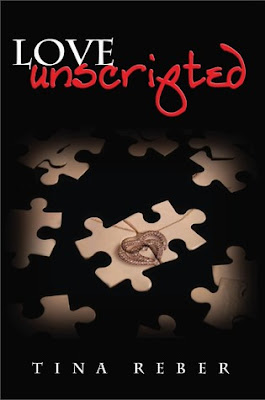 Ryan Christensen just wanted to be an actor. Never in his wildest dreams did he ever think that accepting a role in an unknown film would toss his career into overdrive. His new fame has cost him dearly; anonymity is no longer an option. His fans stalk him, the paparazzi hound him, and Hollywood studios all want a piece of him. Despite all of that, Ryan Christensen craves the most basic of human needs - to have love in his heart and privacy in his life.

Taryn Mitchell, the story's protagonist, is a realist. She's been feigning contentment, running the family pub in Seaport, Rhode Island, while quietly nursing her own internal heartaches. Her feet are fairly glued to the ground and she doesn't buy into all the hype that has descended on her tiny, coastal town. In her world, men are safe if they're kept at a distance.

Fate has other plans for these two when their paths cross one sunny afternoon. A group of female fans has attacked him, leaving his shirt torn, his face cut, and Ryan in obvious distress. Bonds between them form from the most dramatic of circumstances while jealousy, insecurity, and the stress of his celebrity life try to tear them apart.

Through all the tabloid lies, secrecy, and pressure, can Taryn's peace and Ryan's high-profile insanity live together in harmony?

To be completely honest, I don't know exactly where to start with my review of Love Unscripted, or how to not write a small essay trying to explain my feelings towards this book... After reading all those raving reviews about this book and checking its premise, I was quite certain that this book was one I would really enjoy. And I picked it up because I really needed to read that kind of book that you fall in love with and can't put down. But, despite all the 5 star reviews and my hope to like this book, I ended up more than disappointed with it.

As soon as I started reading it, I was quite certain that I had a winner in my hands. Let's face it, I'm a sucker for stories where celebrities fall in love with girls or boys next door. Whether it's a book or a movie, those kind of stories are my favorite . So, for the first 100 pages or so, I was completely hooked and just couldn't put my e-reader down. Yeah, sure I had some minor problems with the narration or the characters, or a number of other things, but I couldn't care less. I just loved it. So, one could wonder how from feeling like that I ended up hating this book... So, that's what I'm going to try to explain. Because even if it's a few days since I put this book down, my feelings towards it are still all over the place. So, I'll try to put in bullets below everything that I didn't like and frustrated me, a method I have never followed before in my reviews, but I'm afraid I have no other way of putting my feelings into order.

- The thing that tired me firstly, was the unending and constant winning... Both Ryan and Taryn kept bitching all the time about Ryan's fans, the way he couldn't live his life being chased the whole time by paparazzi, reporters and fans alike and how being famous actually ruined his life.

I get it, being famous, isn't easy. Despite all the pros and the way most of us secretly wish we were famous actors or musicians, being constantly criticised about every move you make or hearing and reading lies about who you are isn't an easy task. Heck, it's no wonder that drugs and suicide is so common among people whose life is seemingly perfect. I get it, I even sympathise with all the famous people out there (I'm in a charitable mood, what can I say? :P ) and I completely understand the necessity of the author to keep pointing out how difficult Ryan's life is. But honestly, there are limits to everything. After a point I kind of felt that the author either didn't know how to fill all those long pages or she seriously wanted us to feel sorry for Ryan. Excuse me, but I just can't feel sorry for any celebrity out there. I can understand (I guess) their difficulties, but there are people out there with far worse problems than a bunch of psychotic fans. And now that we're talking about fans, I think that Reber slightly exaggerated the whole thing. There are definitely crazy people out there and celebrities are a more common target, but, it almost seemed that Ryan and Taryn suffered every possible far fetched scenario one could live through: Stalkers, crazy co-stars, crazy ex and co-star in new project, crazy production people and all those scheming to drive apart our happy couple. Is it my idea or it's just too much?

- Talking about too much, my next problem was the length of this novel. There was absolutely no reason for it to be so HUGE... It's a contemporary romance, with a basic and predictable plot, where at some point, for the pages to be filled, the author kept repeating herself and the cheesiness level made me want to gag. It could have easily been 200 pages shorter or even more... It tired me to read the same things on repetition and as a result after I reached 60% and 4 days of painful reading process I just did myself a favor and started reading on the fast forward. Believe me, I didn't miss much... I still got to read the near the end drama, with the pregnancy and the stalkers and how all that drove them apart, but how their love was stronger than anything, HEA...

Ryan was ok I guess. He was cute and apart from his constant whining I don't have anything else to note. Well, apart from the fact that he was too good to be true. But the same rules apply for almost everything in Love Unscripted, both good things and bad, are unrealistic and over exaggerated.

My feelings towards Taryn are more or less the same as for Ryan, only here, I have to note something else.

The whole point of this book, is how a celebrity can fall in love with a girl next door, a common woman much like me and you. Only Taryn, is far from normal or common. She is beautiful as a model, smart like a scientist, sings like a singer and plays the piano as well as the guitar, she can sketch like an architecture and actually remodels her place based on her plans, can mold glass, make pottery, has a way with children and parents alike and oh, she's beautiful as a model and has the hair of a model, so if any of the above traits couldn't help her in finding a job, she could easily become one of those models for shampoos... So, how much like me and you sounds Taryn? Cause she doesn't sound anything like me or my best friend or anyone I know, period. So, am I to understand that guys like Ryan can fall in love with my common ass as soon as I'm something like Taryn??? Come on!!!

- Now, let's talk about the writing. I know you want me to! Well, to put it as simple as I can the writing is balancing between bad and mediocre. The narration seems unable to progress at times, like the author can't move the reader smoothly from one situation to the next, the dialogues are stiff and cheesy as hell and everything described is as far fetched as one can get (wait, I just said that in my last paragraph, but hey, I'm trying to prove a point here...) Here's how a typical dialogue between Ryan and Taryn goes:

"-Honey I made coffee, can I pour you a cup to show you how much I love you?

- Yes sweetheart please. Please show me how much you care for me despite what people seem to think of me"

- Another thing that bothered me was the lack of use of condom in this book. It may sound stupid, but who does that? Unrealistic like I said, and it sends all the wrong messages. Ryan and Taryn didn't use a condom like never and Taryn only thought about it after she had sex with him a bunch of times and only because she was afraid of being pregnant. I know one isn't expecting a book to show him/her what basic rules of hygiene and lifestyle to follow, but it's just wrong...Ever heard of diseases out there?

- On the other hand, Love Unscripted is often tagged as an erotica novel. Really??? Where's the erotica in there? At least in the 60% I managed to read without skipping sentences the sex couldn't be more blahhh. It wasn't hot, it wasn't spicy, it wasn't anything even remotely near sexy. There was no feeling (or I just couldn't get it), and my knowledge of the erotica genre might be a little limited, but in the handful of truly erotica books I read, the sex is nothing like the sex in Love Unscripted. If you're searching for a hot read, please search elsewhere. There's definitely sex, but just the sex you find in a contemporary book. Nothing kinky and definitely not the center of the story.

Well, I'm pretty certain that if I continue, I can easily double this review in length, which is unnecessary as it's long enough as it is. Bottom line, Love Unscripted has a story that could have easily suck me into but unfortunately the execution of the whole thing is pretty bad. I know I'm once more in the minority of readers but honestly, I couldn't find a single redeeming quality in this one after a point. I just couldn't. And believe me I tried really hard to. Maybe that's why I feel so disappointed in the end.