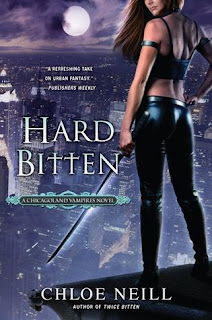 Times are hard for newly minted vampire Merit. Ever since shapeshifters announced their presence to the world, humans have been rallying against supernaturals-and they're camping outside of Cadogan House with protest signs that could turn to pitchforks at any moment. Inside its doors, things between Merit and her Master, green-eyed heartbreaker Ethan Sullivan are...tense. But then the mayor of Chicago calls Merit and Ethan to a clandestine meeting and tells them about a violent vamp attack that has left three women missing. His message is simple: get your House in order. Or else.


Merit needs to get to the bottom of this crime, but it doesn't help that she can't tell who's on her side. So she secretly calls in a favor from someone who's tall, dark, and part of underground vamp group that may have some deep intel on the attack. Merit soon finds herself in the heady, dark heart of Chicago's supernatural society-a world full of vampires who seem ready to fulfill the protesting human's worst fears, and a place where she'll learn that you can't be a vampire without getting a little blood on your hands...

Ok, I'm in total loss of words to describe Hard Bitten... Up until the last two chapters of this book I was pretty much ecstatic about the 4th installment of The Chicagoland Vampires series and although I knew that something major was coming at the end of it,honestly,I couldn't even dream of imagining what.
But let's just take things from the start.Hard Bitten is fast paced,the story progresses rapidly,we get to know more about the elusive GP and what we learn about it,isn't flattering at all.For a council of all vampires to operate in such a way,hmmm, I was pissed at them to say the least.
The story flows easily but somehow everything about the mystery in this book fell into place really easily.It was a bit anticlimatic but the ending,suffice it to say, came even more unexpectedly that way.
Before anything else,I just have to say that this won't be a proper review, or rather what I come to expect of myself as a proper review.I just can't do it...My mind is so focused on the ending that everything else just blurs.I do remember myself fully enjoying this book,reading the last chapters and expecting some closure to this story's mystery and then BOOM Chloe Neill goes and does the unexpected...I seriously thought of throwing my book of the window, but I resisted the urge.I was left with a grimace on my face for the next 5 or 10 minutes it took me to actually finish this book.And then?I was seriously pissed!
And having said that,I don't think there's any need for me to continue expressing my feelings of frustration.
Hard Bitten is a freakingly good book,but without that ending!That ending just left me speechless and I seriously hope that Chloe Neill does have a really good reason for the way her story ended.That leaves Drink Deep to prove it.
And a warning to anyone who is about to grab this book,just don't finish it while on bed right before you sleep.Just don't!