Buy it via Book Depository 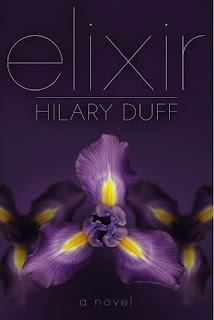 Clea Raymond lives an extraordinary life. The daughter of renowned surgeon and a prominent Washington DC figure, she has been in the spotlight her entire life. Followed by the paparazzi, she resents the attention that is lavished on her for her looks alone because she has so much more to offer.p


Clea Raymond has a unique gift. A proficient photographer, in all her pictures, there is little something extra, and it's not just a result of her talented eye. There is always an extra photo that she didn't take. And, as she discovered at a young age, those photos always lead to a place where some tragedy is about to occur that Clea can prevent.p


Two years ago, her father disappeared while on a humanitarian mission and is presumed dead, but that doesn't stop Clea and her mother from continuing to do good throughout the world. On one such trip to Columbia, she meets Race, the guide for the trip. She feels a connection to him but cannot explain why. Was it something in their past or possibly in their past lives? Whatever has brought them together is threatning to tear them apart forever. As the mystery of her father's disappearance unravels, Clea discover that she has powers that are bigger than anything she could have anticipated.

What can i possibly say about Elixir... Where should i start and where should i stop...
Well, I'll start by saying that by all means,as soon as i saw that Hilary Duff was writing a book i just really wanted to read it.Then,i saw that beautiful cover,read the blurb and thought "Ok, that really seems if not interesting,definitely intriguing!I must get my hands on a copy immediatelly!"
I'm not a huge fan of Hilary Duff,I've seen some of her movies surely and find her really sweet but i'm not crazy about her work.I'm just fond of it.But believe me when i say that i started reading this book with the best intentions and actually quite sure i'd like it.Now that i finished reading it,i'm not so sure why i was so freaked about it or if i even liked it at all.Let me eleborate...
As soon as i started reading Elixir i felt like hearing Hilary Duff narrating the story.It was not so much because i was prejudiced (after all she is the writer... i think) but more because the beggining of this book looked like one of her movies and the heroine, one Hilary herself would play.Anyway,after a certain point, which fortunatelly was soon,i stopped hearing voices in my head,something that let me concentrate more on the book itself.But i have to say that at times, i felt that this book was written by two different persons or else the writing style and pace were terribly uneven...There were times the writing style was girlish and others it was somewhat more serious and adult and the main heroine herself,Clea,was having the exact same problem.There were times she was acting like a 17 year old she was and others like a 30 year old all adult and that.I don't know if that was intentional,but if it was,it was a bit sloppy.
As i said,the writing was a bit uneven but on the plus side i wasn't really bored either,especially if you think that i read 327 pages where absolutelly nothing happens... Coming to think of it,it's a wonder how i read it!But i did,so at least that counts for something right?I don't usually continue reading a book if i'm not liking it at all.
The characters were flat and i couldn't connect with any of them.One bright exception is Rayna,Clea's best friend who although wasn't participating in the better part of the book,at least she was fun to read and felt more real...All the other characters were just a huge
.... blah ....!They weren't developed at all and all their actions were deliberate,serving a non existent plot.Don't even ask me how that is even possible...Duff decided to write a book about soulmates, she thought that a good way to solve the problem of how those soulmates would meet,would be partly reincarnation and partly a mysterious elixir and voila...you have the plot of this book!Just like that, without much explanation or justification!Believe me,don't expect anything else!And maybe,i just say maybe,i could overcome a bit that total lack of a plot if at least the characters or the romance where sufficient and could take my mind off the naive plotline.But unfortunatelly that didn't happen.Sage and Clea for soulmates just didn't connect,for me.There wasn't a spark,or at least i couldn't see one between them and to be honest after the way they declared their undying love i was seriously tempted to put this book down.But i was almost finished with it,so i just kept on reading.Oh,and one last thing...If i got to read one more time the word soul or soulmate i would seriously freak out!
Anyway,i'm always sad and reluctant to write a bad review but i can't lie either...Elixir,just didn't work for me although i really wanted it to.I picked this book with great excitement and i was a bit disappointed.Although,as i said,it was a quick read.This book is Duff's first attempt to write and i believe that with some practise and effort she will get better.After all,some of her descriptions of places were really good, something that shows that there's a certain talent after all!
To sum up, there were good elements in this book,but the things that bothered me were significantly more.

Email ThisBlogThis!Share to TwitterShare to FacebookShare to Pinterest
Labels: Hilary Duff, Reviews, YA